It may seem like the most socialist red letter day on the calendar, but May 1 International Workers’ Day, celebrated as a holiday in China, does not have its roots in the Middle Kingdom, nor the Communist Bloc. Instead, it can be traced back to 1886 – and the American midwest.

As Chicago police tried to break up a peaceful rally on May 4 to support workers striking for an eight-hour day, a dynamite bomb was thrown into their ranks. The explosion and ensuing gunfire killed seven police officers and at least four civilians, while scores more were injured.

Four labor activists and anarchists were later hanged for the bombing despite the absence of any credible evidence. (What was lacking in evidence, however, was more than made up for with in public hysteria, packed juries and biased, partisan judges.)

The miscarriage of justice was a boon for the labor movement, however. The Knights of Labor doubled their membership within a year, and the struggle for a shorter working day was renewed on a national level.

In 1889, the Second International convened in Paris and declared May 1 International Workers' Day to commemorate the ‘Haymarket Martyrs,’ and took the eight-hour-day campaign worldwide. 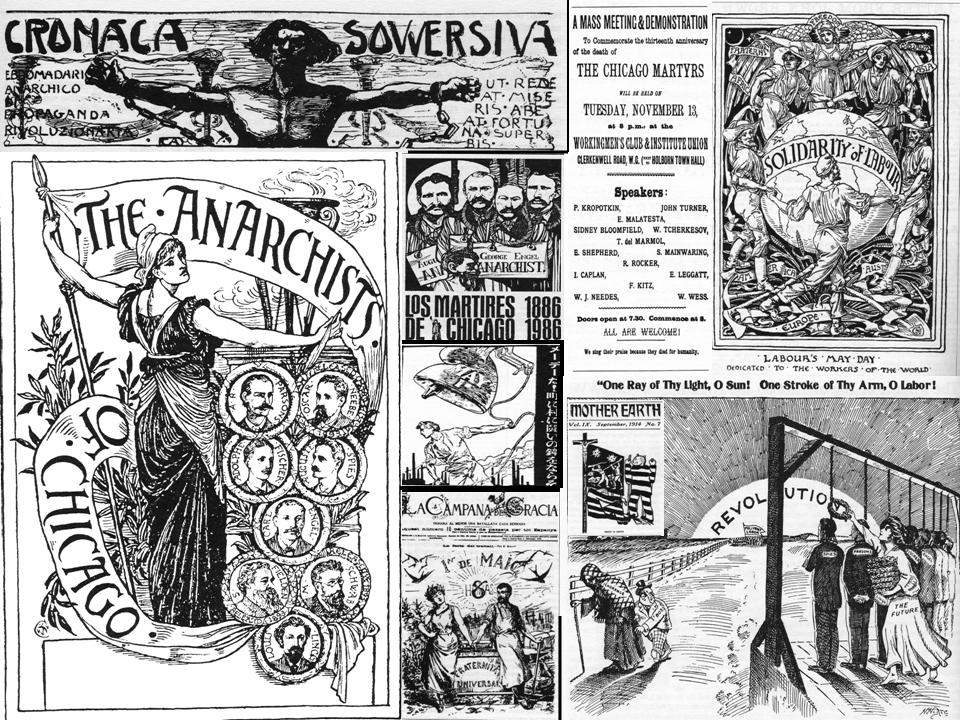 Contemporary prints decrying the execution of the Haymarket Martyrs

By setting the date three days earlier than the event itself, the socialist movement was taking a leaf out of the church’s book, co-opting a pre-existing and ancient pagan festival celebrated across Europe to welcome summer. On the Chinese calendar, Lixia (literally "start of summer") fulfills the same purpose and typically falls on the same week as May Day.

Chinese people first celebrated International Workers’ Day in 1920, when Communist Party co-founders Chen Duxiu and Li Dazhao held May 1 assemblies with students and labor unions in Shanghai and Beijing, respectively. In December 1949, the newly founded People’s Republic declared a one-day holiday on May 1 every year.

From 1999 to 2008, May 1 was elevated to a ‘Golden Week’ holiday lasting a full seven days. In the decade following 2008, the holiday was limited to a single day off work.

But in 2019, the holiday has been stretched to four days, running from Wednesday, May 1 to Saturday, May 4, according to an official Central Government announcement released on March 22. Sunday, April 28 and Sunday, May 5 are adjusted workdays this year.

And that is how, for the past 65 years, China has honored four Americans in a rebranded pagan ritual proclaimed in Paris.

Even with the collapse of the Soviet Bloc and global communism, International Workers’ Day still remains true to its name. In every continent of the world, it is celebrated to an extent far greater than America’s current Labor Day on the first Monday of September.

Fittingly, just as May 1 is China’s favorite American holiday, Labor Day is America’s favorite Canadian holiday. Labor Day had been marked north of the border since the Toronto Typographical Union’s successful strike for a 58-hour working week in 1872, before their southern neighbors took a shine to the celebration.

In 1894, US president Grover Cleveland adopted Canadian Labor Day as a rebuff to May 1, already co-opted, and gaining momentum, by the Socialist movement.